Dianabol which is one among several names of Methandienone is a potent muscle building steroid that can give enhanced results of muscle growth for bodybuilders and athletes. It also helps in fat loss and for increasing speed, stamina, and strength. Unfortunately same as other steroids, Dianabol can be highly dangerous and can cause very serious side effects and possibly even fatal ones in some cases when it is taken in high doses. If you follow the suggested use of this steroid, than you can escape side effects caused by the steroid.

On other hand, if you follow methandienone suggested use dosage by health care provider, it can be one of safer steroids for a number of reasons. Methandienone can be a highly safe steroid, but it really depends on how you are going to use it.

A low dose of 20 mg to 25 mg is normally considered as perfect dosage for men. While taking this low level dosage of methandienone, you can expect this steroid to cause very few side effects compared to other potent drugs. According to a few tests, it was found that if a user takes 20 mg of methandienone continuously for 6 weeks, then levels of endogenous testosterone production were only slightly affected. The main positive thing about dianabol is that when this steroid is taken in small amounts, then it is unlikely to cause too much damage to the liver. 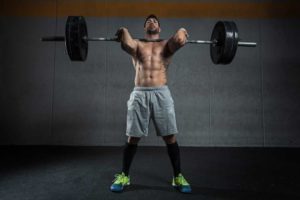 For females, the dosage must be lower than men. An exact dosage for a female athlete is normally around 2.5 mg to 10 mg. Females must follow the dosage as prescribed as any anabolic steroid is much more dangerous with further reaching side effects for women.  The benefits from this drug such as better nitrogen storage, protein synthesis, and increase in muscle strength are almost permanent. In addition to these benefits, Dianabol users also report few of the benefits such as improved mood and mental well-being. Another main benefit of this drug is that it can effectively kick start a cycle, making it perfect for

Dianabol was the second anabolic steroid that has been discovered and widely used by athletes and bodybuilders from the past six decades and counting. When dianabol was first introduced, doses preferred were generally around 10 mg, which is a very small amount and would have very mild yet noticeable effects for men. Though, later many potent steroids made their entrance into the steroid market, bodybuilders and athletes started using methandienone only in higher quantities i.e. from 30mg to 50mg or even higher. This Methandienone drug can be stacked with other steroids also in order to make them stronger and more effective.

There are many alternative options on the market that can provide benefits without any of the serious side effects. One such great option is to use a supplement called D-Bal from trustable online sites. This product works by stimulating the body to produce more testosterone hormone naturally. All ingredients used in this drug are completely safe and also natural. With this steroid, you can increase your muscle mass in a safe and healthy manner.